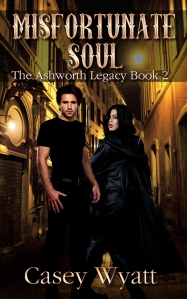 Radiance Ashworth’s life as a soul redeemer hasn’t been easy. The hours stink and she’s already seen enough trouble to last a supernatural lifetime. Just when she thinks she’s got a handle on her new life, she’s transported to a 19th-century Californian resort by her ghost friend, Julian. He’s convinced enemies are working to erase the past as he knows it. After several prominent guests are murdered and their souls are stolen, Radiance fears that his theory might be true.

It doesn’t take long before a deadly encounter with soul-sucking demons nearly ends her unplanned vacation permanently. With assistance from grifters posing as stage magicians, Radiance infiltrates the high-stakes world of the Edwardian elite. She needs to unravel the mystery at the San Marco Hotel before sinister forces remove her and everyone she loves from existence.

This site uses Akismet to reduce spam. Learn how your comment data is processed.